The Belt and Road Initiative (BRI), Chinese President Xi Jinping’s signature foreign policy undertaking and the world’s largest infrastructure program, poses a significant challenge to U.S. economic, political, climate change, security, and global health interests. Since BRI’s launch in 2013, Chinese banks and companies have financed and built everything from power plants, railways, highways, and ports to telecommunications infrastructure, fiber-optic cables, and smart cities around the world. If implemented sustainably and responsibly, BRI has the potential to meet long-standing developing country needs and spur global economic growth. To date, however, the risks for both the United States and recipient countries raised by BRI’s implementation considerably outweigh its benefits.

BRI was initially designed to connect China’s modern coastal cities to its underdeveloped interior and to its Southeast, Central, and South Asian neighbors, cementing China’s position at the center of a more connected world. The initiative has since outgrown its original regional corridors, expanding to all corners of the globe. Its scope now includes a Digital Silk Road intended to improve recipients’ telecommunications networks, artificial intelligence capabilities, cloud computing, e-commerce and mobile payment systems, surveillance technology, and other high-tech areas, along with a Health Silk Road designed to operationalize China’s vision of global health governance.1 Hundreds of projects around the world now fall under the BRI umbrella.

China pursued BRI out of a belief that the initiative could simultaneously address a number of issues, including

U.S. inaction as much as Chinese assertiveness is responsible for the economic and strategic predicament in which the United States finds itself. U.S. withdrawal helped create the vacuum that China filled with BRI. Although the United States long ago identified an interest in promoting infrastructure, trade, and connectivity throughout Asia and repeatedly invoked the imagery of the Silk Road, it has not met the inherent needs of the region.2 Its own lending to and investment in many BRI countries was limited and is now declining. Its cutbacks in research and development and investments in advanced technologies have allowed China to move ahead in the development and sale of fifth-generation (5G) technology, the installation of high-speed rail, the production of solar and wind energy, the promulgation of electronic payment platforms, the development of ultra-high-voltage transmission systems, and more. Despite enjoying a leading role in the World Bank and regional development banks, the United States has watched those institutions move away from backing significant infrastructure projects. Washington has not joined regional trade and investment agreements that would have enhanced U.S. economic ties to Asia.

These collective shortcomings allowed China to tap into a legitimate need around the world for new infrastructure and to fill the gap in infrastructure financing and construction in a way that benefits it. Beijing’s ability to offer hard and digital infrastructure around the world at low prices is made possible by a combination of political backing from the Chinese Communist Party, the financial power of its state-owned banks, excess capacity in a number of important sectors, and its development of large, highly capable manufacturing and technology companies. If BRI meets little competition or resistance, Beijing could become the hub of global trade, set important technical standards that would disadvantage non-Chinese companies, lock countries into carbon-intensive power generation, have greater influence over countries’ political decisions, and acquire more power-projection capabilities for its military.

The United States has a clear interest in adopting a strategy that both pressures China to alter its BRI practices and provides an effective alternative to BRI—one that promotes sustainable infrastructure, upholds high environmental and anticorruption standards, ensures U.S. companies can operate on a level playing field, and assists countries in preserving their political independence.

To do so, the Task Force recommends a four-pronged strategy: address specific economic risks posed by BRI; improve U.S. competitiveness; work with allies, partners, and multilateral organizations to better meet developing countries’ needs; and act to protect U.S. security interests in BRI countries. The United States cannot and should not respond to BRI symmetrically, attempting to match China dollar for dollar or project for project. Instead, the United States should focus on those areas where it can offer, either on its own or in concert with like-minded nations, a compelling alternative to BRI. Such an alternative would leverage core U.S. strengths, including cutting-edge technologies, world-class companies, deep pools of capital, a history of international leadership, a traditional role in setting international standards, and support for the rule of law and transparent business practices.

To mitigate the economic risks of BRI, the Task Force recommends

To strengthen the multilateral response to BRI, the Task Force recommends

The COVID-19 pandemic has made a U.S. response to BRI all the more needed and urgent. The global economic contraction has revealed the flaws of China’s BRI model, forcing a reckoning with concerns that many BRI projects not economically viable and elevating questions of debt sustainability. Unless BRI-related debt is addressed, countries that are already being battered by the COVID-19 pandemic could be forced to choose between making debt payments and providing health-care and other social services to their citizens.

BRI seeks to back an array of projects, but to date, the vast majority of funds has been allocated toward traditional infrastructure—energy, roads, railways, and ports. Though principally aimed at developing countries, with Pakistan, Malaysia, Bangladesh, Myanmar, and Sri Lanka among the largest recipients of BRI funds, BRI also includes developed countries, with numerous U.S. allies participating. If these U.S. allies were to turn to BRI to build critical infrastructure, such as power grids, ports, or telecommunications networks, this could complicate U.S. contingency planning and make coming to the defense of its allies more difficult.

Go to section in report
Order a Copy 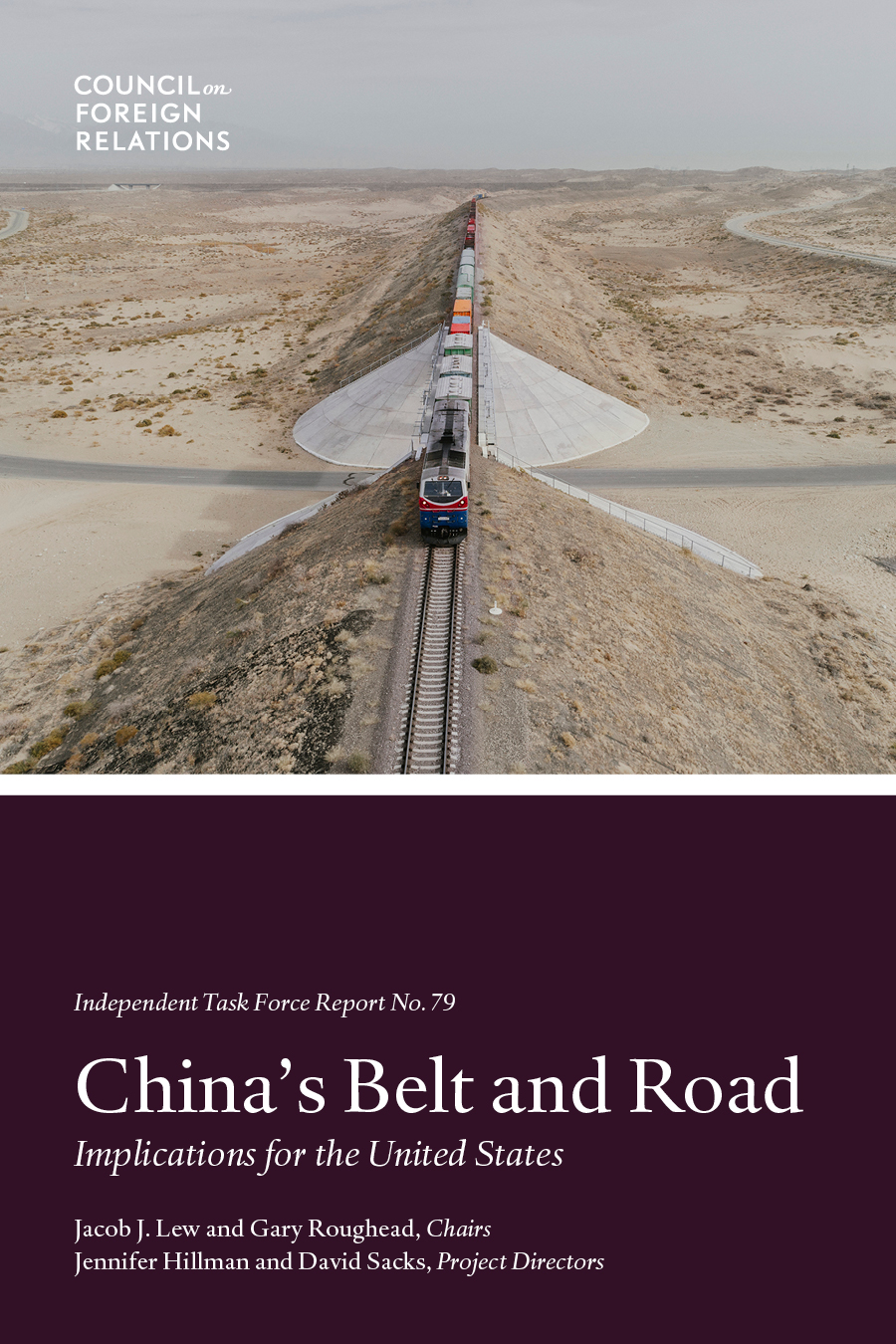 About the Task Force

The Council on Foreign Relations (CFR) sponsors Independent Task Forces to assess issues of critical importance to U.S. foreign policy. Task Force members endorse the general policy thrust and judgments reached by the group, though not necessarily every finding and recommendation. They participate in the Task Force in their individual, not institutional, capacities. Observers participate in Task Force discussions but are not asked to join the consensus. 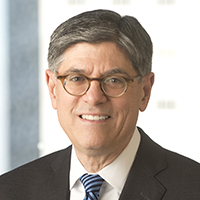 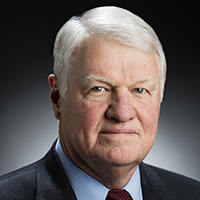 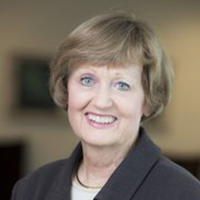 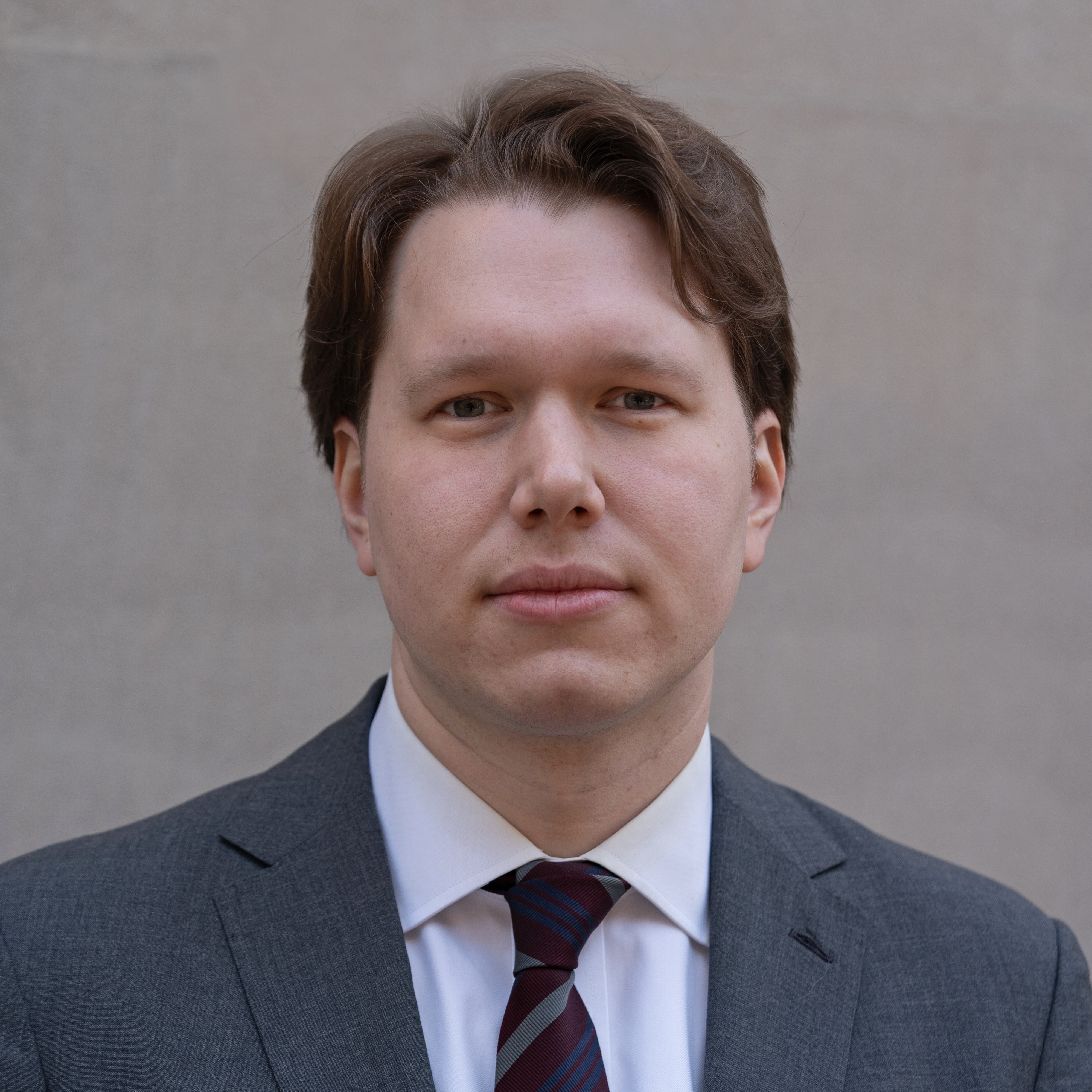 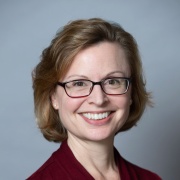